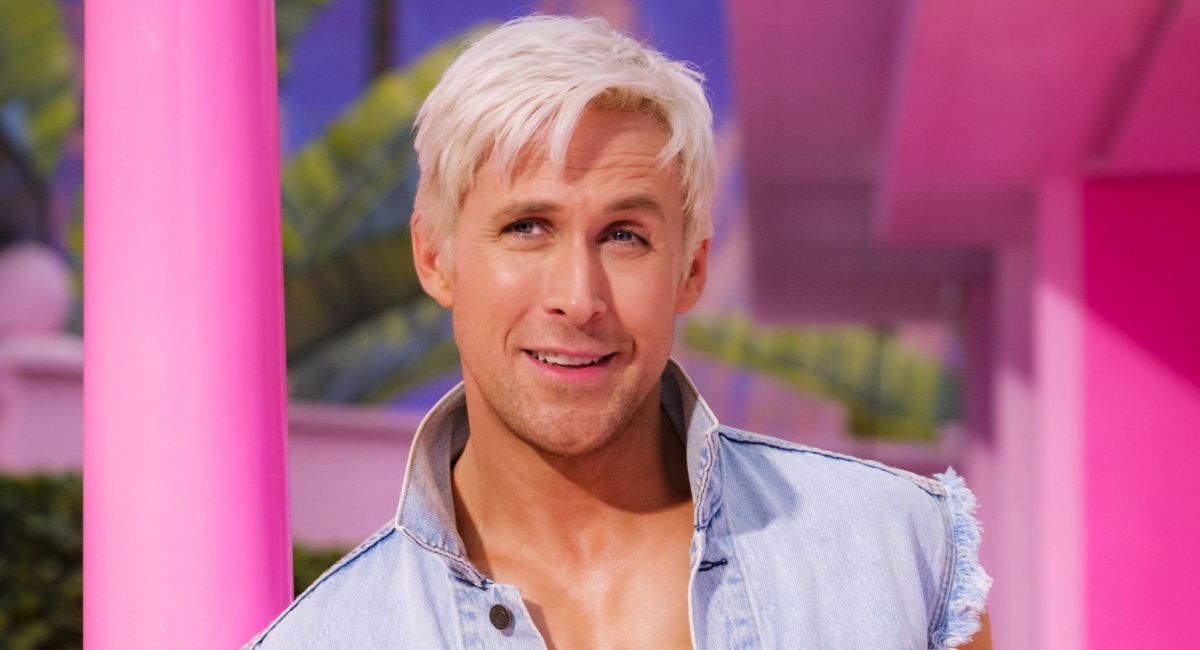 If nothing else, Greta Gerwig’s ‘Barbie’ certainly appears to promise some major eye candy. With a first look at Margot Robbie as the live-action version of the titular toy out in the world since Warner Bros.’ CinemaCon presentation in April, today brings a treat for anyone who is a fan of her iconic partner, Ken.

Or, indeed, anyone who likes Ryan Gosling. Or washboard abs. Or… personalized underwear? Yes, while it shares the pink, Barbie-standard background of the Robbie image, this is a Ken we’re not sure we expected. He looks like he’s a member of a boyband.

With bleached blond locks and a denim ensemble, this would appear to be a very different take on the character.

Which, if we’re honest, appears par for the course for the movie, which is still in production at Warner Bros.’ Leavesden facility in England. Nothing about the film seems to be the expected choice, between Gerwig (who co-wrote the script with creative/life partner Noah Baumbach), to Robbie leaping aboard to star and produce and Gosling joining her.

Gerwig and co. have so far been very secretive about the movie, releasing no real story details, though we’ve started to glean the idea that part of the concept will see multiple versions of Barbie and Ken, played by some of the ensemble above.

‘Shang-Chi and the Legend of the Ten Rings’ Liu in particular has spoken about the “wild” and “incredibly unique” Barbie-based movie, adding that he’s had to wax his entire body for his role and that he’s also taken dance lessons (though the film itself is not reportedly a musical).

He also told Variety of how much fun he was having. “When you’re doing a scene and it’s working, you hear, ‘HAHAHAHA!’ It’s the best feeling in the world,” Liu says. “If you’re an asshole on a Greta Gerwig set, there’s no hope for you.”

“Playing with Barbie promotes confidence, curiosity, and communication throughout a child’s journey to self-discovery. Over the brand’s almost 60 years, Barbie has empowered kids to imagine themselves in aspirational roles from a princess to president,” Robbie said in a statement when her casting was announced. “I’m so honored to take on this role and produce a film that I believe will have a tremendously positive impact on children and audiences worldwide. I can’t imagine better partners than Warner Bros and Mattel to bring this film to the big screen.”

Before Robbie, Amy Schumer and Anne Hathaway had been attached to versions of the movie, but we’re mostly fascinated to see what she, Gerwig, Gosling and the rest are making here.

We’ll have to be patient, though, as ‘Barbie’ won’t be in theaters until July 21 next year.