She’s a powerful spouse and a member of the Bene Gesserit order. 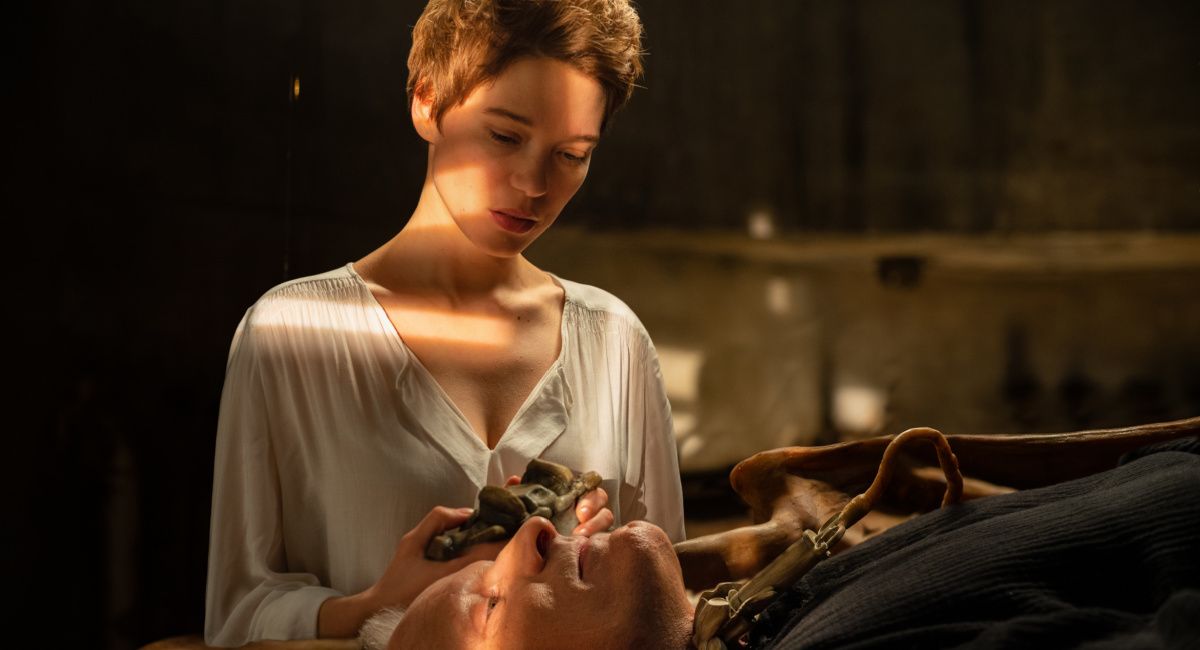 (L to R) Léa Seydoux and Viggo Mortensen in David Cronenberg’s ‘Crimes of the Future.' Photo courtesy of Neon.

‘Dune: Part 2’ is still one of the most anticipated movies, following the huge success of Denis Villeneuve’s sci-fi epic of last year. He’s preparing to adapt the second half of Frank Herbert’s weighty tome and is adding more and more new cast members as he heads towards a potential summer shoot in Budapest.

The latest name to join the sprawling ensemble is Léa Seydoux, who will play a character called Lady Margot.

To use her full title, Lady Margot Fenring is the Bene Gesserit wife of the Mentat Count Hasimir Fenring, who leads House Fenring. Though considered a “minor” House (not as powerful or in control of a planet as, say, House Harkonnen), it is allied to House Corrino the Emperor’s House.

While Margot is a loyal member of the Bene Gesserit sisterhood, helping to guide the bloodlines of powerful families, Margot and her husband dedicated themselves to serving their own ends after the order became much less influential later in the story.

The first ‘Dune’ movie delved into the huge universe of Herbert’s book (the start of a series) that chronicles warring houses vying for power and control of a planet called Arrakis, AKA Dune. The source of a “spice” that is valuable for space travel, it’s a rich prize and one that that Emperor used to entrap House Atreides (led by Oscar Isaac’s ill-fated) Duke Leto.

Working with the evil House Harkonnen, the Emperor attacked the Atreides once they’d landed on the planet and slaughtered much of the family and their forces.

‘Dune: Part Two’ continues the story of Leto’s son and heir Paul Atreides (Timothée Chalamet) and his mother Jessica (Rebecca Ferguson) as they regroup and earn the trust of the native Fremen (including leader Stilgar, played by Javier Bardem) and warrior Chani (Zendaya). They’ll survive while plotting a reprisal, as Paul becomes a spiritual and military leader among the Fremen.

The new movie already boasts the likes of fellow new recruits Christopher Walken as Emperor Shaddam, who essentially rules the galaxy of the story, Florence Pugh, playing the Emperor’s daughter, Princess Irulan and ‘Elvis’ star Austin Butler, who will take the role of Feyd-Rautha, the cunning nephew of the pitiless baron who heads House Harkonnen (Stellan Skarsgård), and who is being groomed to rule Arrakis.

Villeneuve’s movie racked up 10 Oscar nominations this year, and won six of them, including Editing, Cinematography, Adapted Screenplay and Best Picture. While there was surprise that the director didn’t feature in his own category, there’s already chatter that if ‘Part Two’ turns out as well as the first, it’ll be a major player come awards season 2024.

‘Sicario: Day of Soldado’ Director Stefano Sollima on How the Franchise is Just Like the ‘Alien’ Series

'Sicario: Day of the Soldado' Review: One of the Summer's Best, Most Surprising Movies