The ‘Crazy Rich Asians’ actress and ‘F9’ actor discuss their new streaming series, which was directed by Antoine Fuqua.

Premiering on Prime Video beginning July 1st is the new action series ‘The Terminal List,’ which is based on the novel of the same name by Jack Carr and directed by Antoine Fuqua.

Moviefone recently had the pleasure of speaking with Constance Wu and JD Pardo about their work on ‘The Terminal List.’ 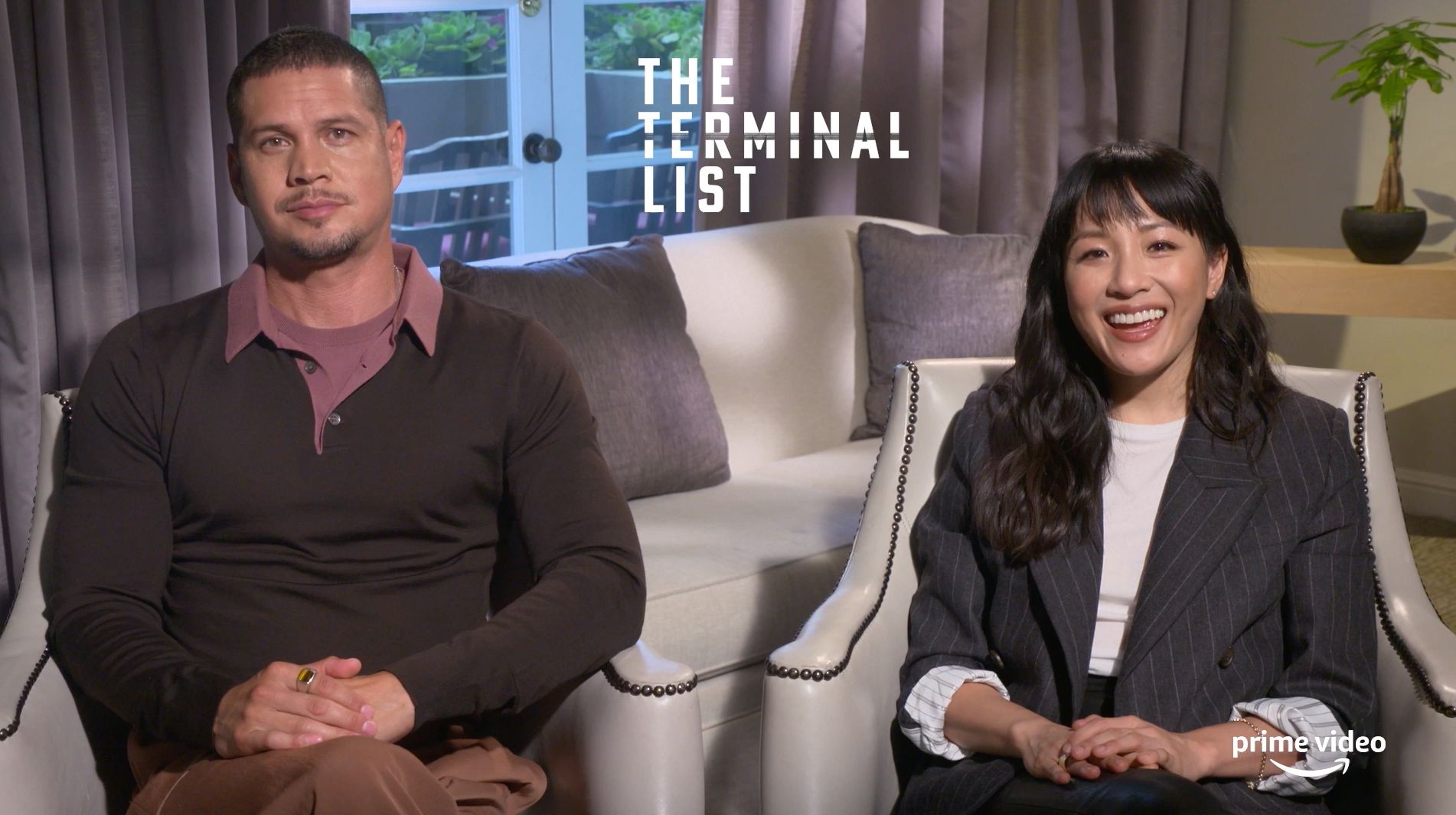 You can read the full interview below or click on the video player above to watch our interviews with Wu and Pardo, as well as Chris Pratt, Taylor Kitsch, Jeanne Tripplehorn, LaMonica Garrett, author Jack Carr, writer David DiGillio, and director Antonie Fuqua.

Moviefone: To begin with, can you both describe your characters for our audience?

JD Pardo: That's an interesting question. My character is an original character created for the series, so I can't really get into it too much because I think I’ll start spoiling some things. I play Tony Layun, who's an FBI agent in San Diego, which is a smaller market. When he sees that James Reece is a fugitive and he's wanted, and that everyone says that he can't be caught and how dangerous he is, Tony wants to get him. So, that's where I come in.

Constance Wu: I play Katie Buranek, who is a war correspondent, and has a personal history with journalism that makes journalistic integrity really personally important to her. She gets involved with the story of James Reece and what happened to his team of SEALs. She finds that there are a lot of inconsistencies and mystery around it. As someone who is committed to uncovering the truth and doing it with journalistic integrity, she sets on a mission in the same way James Reece sets on his type of mission. Her mission is to uncover the truth, to do justice to and for these service men and women who are so often overlooked, when they really are our nation's heroes fighting for us.

MF: Finally, can you both talk about how your character’s react to Reece’s actions in the first episode?

JP: In the beginning, my character, he got into fugitives because he likes things being black and white. He doesn't want to get into the emotion. He doesn't want to get into that gray. If you're bad, you're bad, you do bad things and I want to catch you. As it starts to unfold, he gets thrown into this gray area and then it becomes a question of morality. What is good? What is bad? What is the truth? How is the truth manipulated? What are we told? Then eventually he has to start looking within himself and what his own heart tells him. It's really complicated, and at the same time feels completely relatable.

Constance Wu: I think Katie's relationship with James Reece, Chris Pratt's character, one of the things I love that it continues to evolve and change. I do think at the beginning, it's a journalistic scoop. She's looking for a story, but as she looks at the pieces of the story and finds some mystery and inconsistencies in it, then it becomes about a personal quest to uncover the truth, and Reece is a means to that. He's also a person who this affected. The tragedy that happens in the beginning, it affected him and his family. So, she cares about it from a human level. The more she utilizes him as a source, the more she gets to know him as a person.

I think that evolution of understanding him and everything he's going through, and what his goals are and why they are those goals, I think changes her point of view almost from episode to episode. That's really fun that it's not static because we're all humans and we're way more complex than that. I think that's a good thing we can all think about.