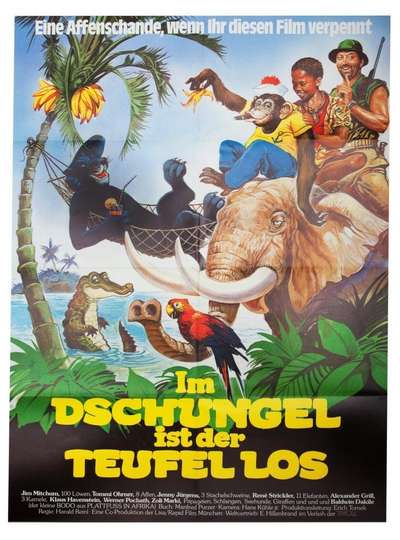 TMDb Score
47
NR 1 hr 30 minComedy, Adventure
A sleazy airline owner forces boozy former pilot Butch Donovan (James Mitchum) to climb into the cockpit by threatening to harm his son in this outlandish German comedy. Unbeknownst to Butch, the plane has been rigged to crash as part of an insurance scam. After miraculously surviving a harrowing landing on a remote jungle island, Butch and the other passengers find a whole new set of dangers awaits, including wild beasties and hired hit men.
Show More
DirectorHarald Reinl
StarringJames MitchumRenÃ© StricklerAlexander Grill
Full Cast & Crew