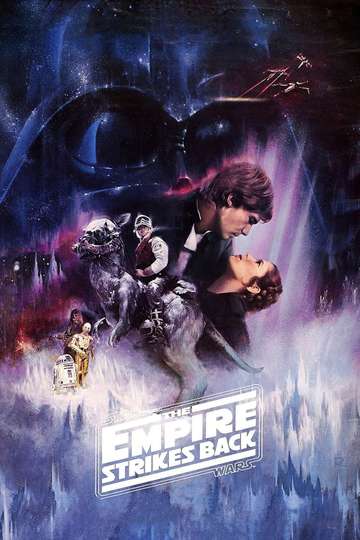 The Empire Strikes Back (1980)Stream and Watch Online Yearning to watch 'The Empire Strikes Back' on your TV or mobile device at home? Discovering a streaming service to buy, rent, download, or watch the Irvin Kershner-directed movie via subscription can be a huge pain, so we here at Moviefone want to do right by you.

Read on for a listing of streaming and cable services - including rental, purchase, and subscription options - along with the availability of 'The Empire Strikes Back' on each platform. Now, before we get into the fundamentals of how you can watch 'The Empire Strikes Back' right now, here are some specifics about the Lucasfilm Ltd., 20th Century Fox science fiction flick.

Released May 17th, 1980, 'The Empire Strikes Back' stars Mark Hamill, Harrison Ford, Carrie Fisher, Billy Dee Williams The PG movie has a runtime of about 2 hr 4 min, and received a user score of 84 (out of 100) on TMDb, which assembled reviews from 13,349 respected users.

What, so now you want to know what the movie’s about? Here's the plot: "The epic saga continues as Luke Skywalker, in hopes of defeating the evil Galactic Empire, learns the ways of the Jedi from aging master Yoda. But Darth Vader is more determined than ever to capture Luke. Meanwhile, rebel leader Princess Leia, cocky Han Solo, Chewbacca, and droids C-3PO and R2-D2 are thrown into various stages of capture, betrayal and despair."

The Matrix
Set in the 22nd century, The Matrix tells the story of a computer hack...

The Lord of the Rings: The Two Towers
Frodo and Sam are trekking to Mordor to destroy the One Ring of Power...

Indiana Jones and the Temple of Doom
After arriving in India, Indiana Jones is asked by a desperate village...

Star Trek
The fate of the galaxy rests in the hands of bitter rivals. One, James...