The actors talk about working with prosthetics and how they both researched their roles.

‘The Eyes of Tammy Faye’ shows the rise and fall of televangelists Jim & Tammy Faye Bakker. Jessica Chastain plays Tammy Faye Bakker and Andrew Garfield plays Jim Bakker in a movie that follows them from the humble beginnings as itinerant preachers to the heights of their multi-million dollar broadcasting empire. The movie also covers their fall from grace as Jim Bakker’s financial malfeasance comes to light. The two actors spoke to Moviefone about playing these two real-life figures.

First, Jessica Chastain talks about her prosthetics and costume added to her performance.

Jessica Chastain: It was amazing. I mean, there's all different aspects of it because it's hard work, and you see, like, I'm just sitting there, they're doing all the work in terms of creating that, but it's also like you have to concentrate. You're sitting in a chair for an average four hours every morning, and it's like, okay, look this way, now look this way. Can you close your eyes for 10 seconds? Can you do this? Like, you're participating with them, and you have to be so focused because they are artists, and you want them to be able to have the opportunity to do their best work. But man, like the second I would do the prosthetics makeup, hair, costumes, and by the time I was on set, like I would look at myself in the mirror before I would get to set, and it was just like, I'm her. That whole bridge and listening to her voice in my ears as I was going through all those journeys, it just brought me to her.

MF: And obviously that's so valuable to you as an actor, to be able to look in the mirror and see her that in a way it kind of just immediately puts you into the character, and you can really just like, let go and be Tammy Faye.

Chastain: Yeah. I could just play. I mean, I like felt so cute in my little outfits and my shoulder pads and my nails. And like, I just loved it.

MF: There were so many moments in this film that were so over the top and funny. I mean, I just spoke to Andrew Garfield about the fact that they were funny people. Did you and Andrew have moments where you're in the middle of the scene, and you just burst out laughing?

Chastain: Yes. But if we burst out laughing, it was in character because the environment was open always for exploration. So we would follow the script, but many times we would in improv on top of the lines. So if he did something that made me laugh, I could laugh as Tammy because Tammy would laugh. So we were really, there was like a free flow creative space that [director] Michael Showalter emboldened us to have. So yeah, there was a lot of laughter. 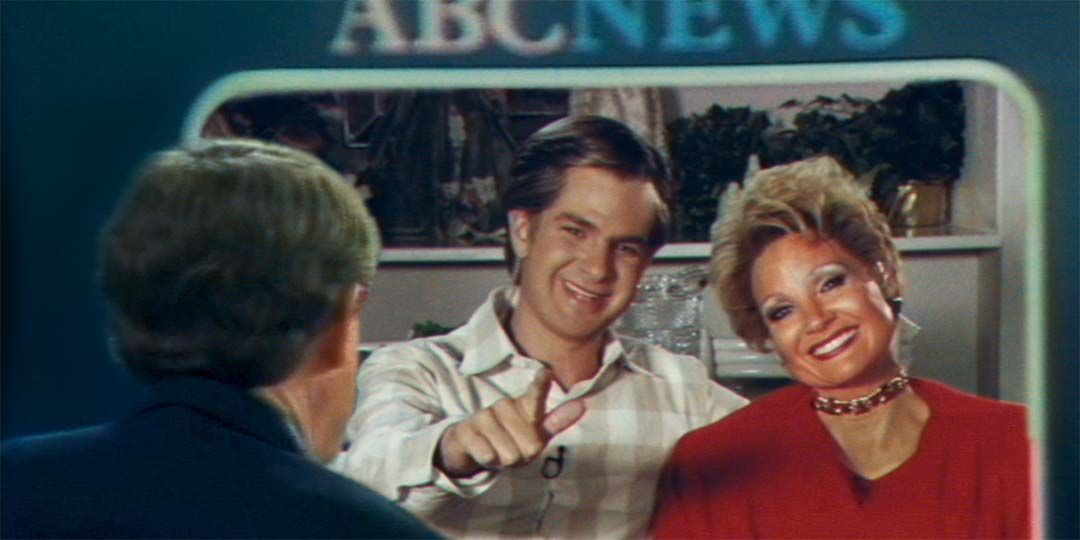 MF: Obviously, you want to do Tammy Faye justice. And I assume that actors sometimes have a little bit of pressure when portraying a real person. What kind of research did you do? What resources did you have?

Chastain: Well, I knew about a decade before we made the film that I was going to do it. So any book I could find, I read, any video of her, I absolutely watched, people that knew her, I talked to. I did as much as I could to feel like I knew her. I never had the opportunity to meet her, and I became like obsessed with knowing her through research. And I have to tell you, it was one of the most enjoyable research jobs I've ever done for that because she was so sweet. And the people, like we were filming in Charlotte, North Carolina, where they actually lived and worked, and you go into a store and someone's like, oh yeah, I met Tammy, she would come in here, I used to wait on her table, and she was the nicest person. Everyone had the best things to say about Tammy Bakker, Tammy Faye. And it was a joy, really.

Andrew Garfield shares his own prosthetic experiences, and talks about the wealth of material available for research about Jim Bakker.

I would love to talk to you about the makeup and prosthetics, because obviously both you and Jessica Chastain in this film in order to make yourself look more like the real people, you look entirely different almost. What was it like becoming Jim Bakker, physically?

Andrew Garfield: Annoying! It was fun. That was a part of it, and there was a lot of amazing work that went into it, especially the makeup prosthetics people that are just true artists. And the two people that made me up every day, we'll text each other because we got very intimate. It was like five hours at the beginning of every day together, just sat with each other, them just prodding at my face. And thank God they were decent guys that were just fun and funny and stupid humor. Thank God we made each other laugh, otherwise I think it would have been a very, very different gig. So, yeah. And my friend Bryson did the wigs last minute beautifully, and it was a whole village of work. So yeah, it was definitely hard work, but also I think kind of a fun experiment to attempt to create that look together.

MF: Funny that you called it annoying. But speaking of laughing while doing this film, I felt like there were a lot of scenes in this film that were so over the top, it was kind of funny. Did you find yourself and Jessica kind of breaking the scene because you just burst out laughing in the middle of it?

Garfield: No, I think what was cool about Jim and Tammy is that they were stranger than fiction. They were just funny people. They were just naturally kind of absurd and funny, and they leaned into it, and they played up to it. They were performers. They were clowns in a lot of ways, in a great way. I don't mean that in any... I love clowns. Clowning is the hardest thing to do, like someone getting on stage and doing stand-up or someone even more difficult like a clown at Cirque du Soleil. It's a really vulnerable place to be, and they were willing participants in their attempt to make Christianity fun and joyful and playful. So I actually really admire that aspect of them. And yeah, me and Jessica had a lot of fun playing those scenes together, for sure.

MF: I always assume that when actors are playing a real person, that there's sort of this pressure to do the character and the person justice. So in preparing for Jim Bakker, what kind of research and what kind of resources did you have?

Garfield: Yeah, thankfully there's a lot of information out there. There's lots of people I could speak to who knew him, who worked with him, family members. I never got to speak to him, unfortunately, but I'm still open to that, of course. I would love to sit down with him and just listen and have an off the record, private conversation with him. It would just be wonderful. But there's lots of books. He wrote his own autobiography about jail, about prison and about how he got things wrong. And then there's obviously endless footage of the 700 Club, and Jim and Tammy show, and Heritage USA and PTL. So there wasn't enough hours in the day to watch and read all of it, so you just do all you can, and you steep yourself in the material, and you hope that it starts to affect your cells, and you try and do justice to the person that you're portraying.

'The Eyes of Tammy Faye' is now in theaters.

The Eyes of Tammy Faye