Moviefone speaks with Viola Davis and Thuso Mbedu about 'The Woman King.’ “Naniska taught me to be brave,” the Oscar winner said of her new role.

Opening in theaters on September 16th is the new historical epic ‘The Woman King,’ from director Gina Prince-Bythewood (‘The Old Guard’).

The film is set in the West African kingdom of Dahomey during the 1820s and follows the Agojie, an all-female group of warriors who protect the kingdom. Their leader, General Nanisca (Viola Davis) is training a new generation of warriors to fight against an enemy who wants to destroy their way of life.

Moviefone recently had the pleasure of speaking with Viola Davis and Thuso Mbedu about their work on ‘The Woman King,’ and creating their complex characters. 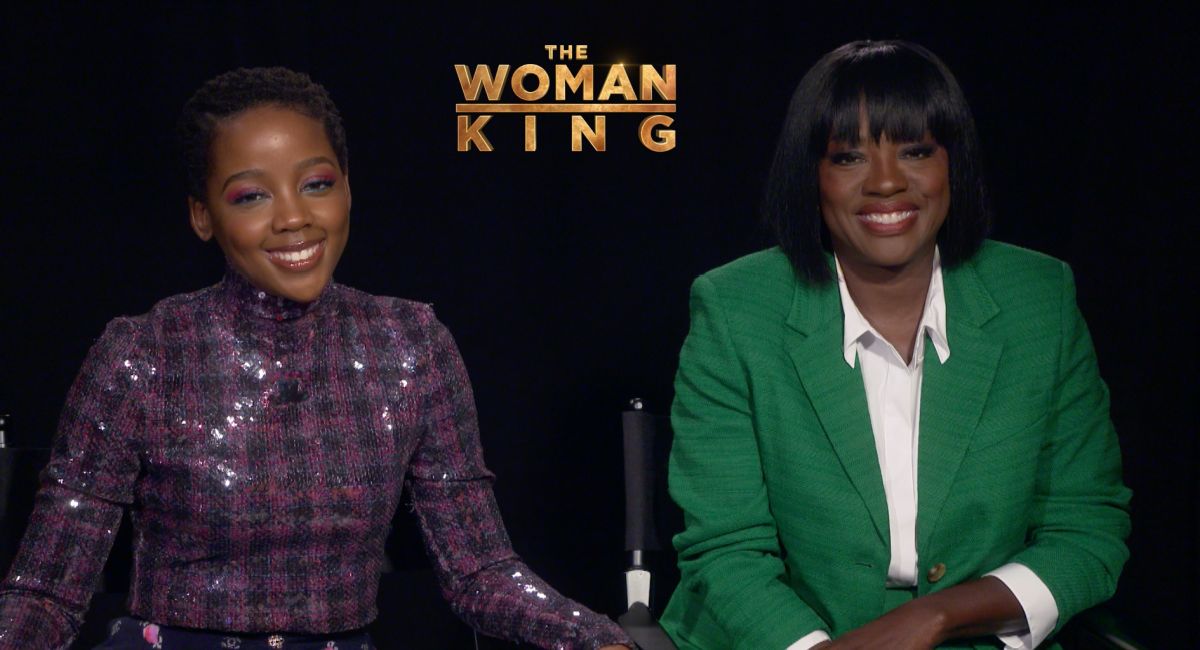 You can read the interview below or click on the video player above to watch our interviews with Davis, Mbedu, John Boyega, Lashana Lynch, Sheila Atim, producer Cathy Schulman, and director Gina Prince-Bythewood.

Moviefone: To begin with, Viola, as an actress, what was it like for you to step into this role, both internally and externally?

Viola Davis: To be honest, I'm one of those actors that when I do a role and the movie is done, I'm done. I don't think about it. I don't want to think about it. I forget the lines. I forget everything. But then there's some times, characters do stay with you because they help you. We become “people whisperers.” We invite these human beings into our lives for as long as we're doing the movie and we're researching the movie. Then they sit with us, and sometimes they become the best therapist and healers for us.

Naniska taught me to be brave. She did. There's a lot of times in my life that when I walk in the room, everything is a fight. As an actor, as a Black actor, as a Black female actor, everything is a fight. Sometimes I need a sword, I really do. I need to believe that I can walk in the room and I can slay. Especially being shy, and being introverted, which I am. That's what Naniska taught me. She shifted me.

MF: Finally, Thuso, Nawi goes through a big transformation from the beginning of the movie to the end. What was it like for you as an actress to have an opportunity to develop such a complex character?

Thuso Mbedu: It was a lot of fun. Nawi, I think, is different to me in a lot of ways. So, finding her, playing with her, growing with her was a lot of fun, in conversation with Gina (Prince-Bythewood) at all times. Gina has this swagger about her that she really wanted Nawi to have.

She would constantly remind me on set. "Don't forget the swagger." I was like, okay, I have to sit into that confidence that Nawi has. Live your life in such a way where the death of your dream is not an option. That is who Nawi is. I enjoyed playing her.