‘The Afterparty’ is an extremely funny Rashomon-style whodunit, anchored by an excellent ensemble of actors 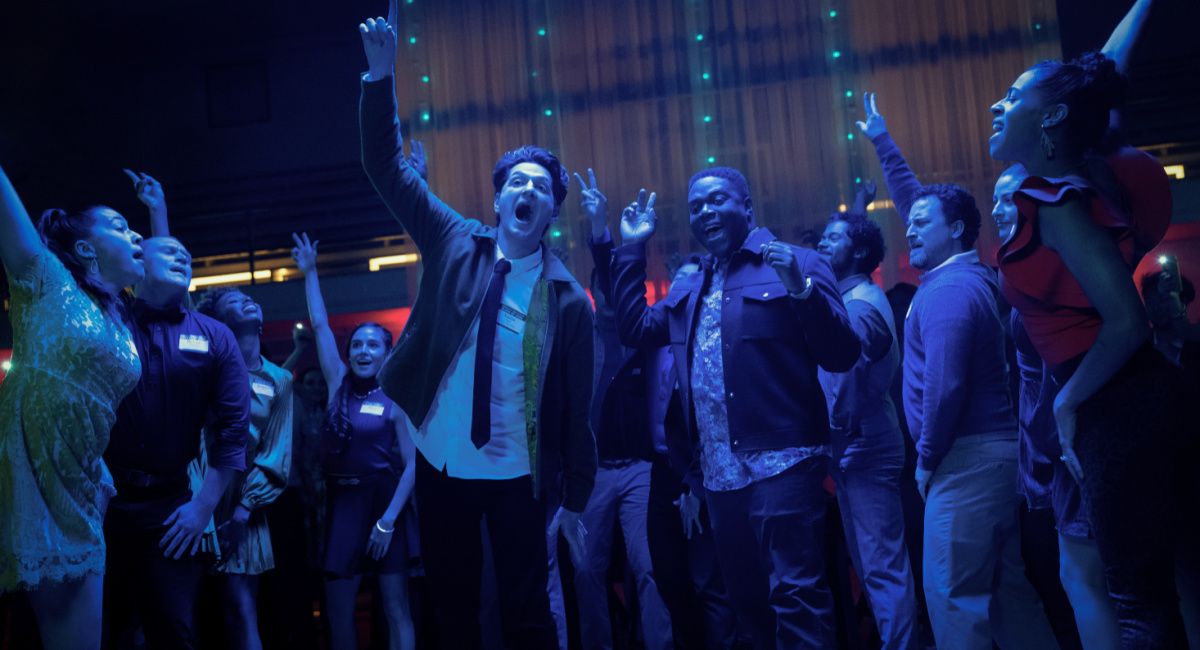 The eight-part series revolves around a murder that takes place at a high school reunion after party, and each episode is told from a different character’s perspective. The result is an innovative and hilarious whodunit with a charming cast led by Tiffany Haddish, Sam Richardson and Ben Schwartz.

The series begins by introducing us to Aniq (Richardson), who is reluctantly attending his high school reunion in hopes of seeing the girl he had a crush on, Zoe (Chao). He first finds his friend Yasper (Schwartz), before eventually reuniting with Zoe. He is delighted to find that she is recently separated from Brett (Barinholtz), who Aniq thinks took her from him when they were in high school. But Aniq’s good time with Zoe is interrupted by the arrival of Xavier (Franco), who was a nerd in high school but is now a famous pop star and actor.

Trouble begins when Xavier invites everyone over to his mansion for an after party, and he is soon murdered by one of his guests. Enter Detective Danner (Haddish), who suspects Aniq of the murder and questions him about the events of the night. Soon, everyone becomes a suspect and while Danner investigates and questions the other guests, Yasper tries to help Aniq clear his name.

Sam Richardson in 'The Afterparty' on Apple TV+

After seeing their previous work, including the Oscar winning animated movie ‘Spider-man: Into the Spider-Verse,’ it’s no surprise that a new streaming series from Phil Lord and Christopher Miller would be fresh, funny, and completely unique.

A high school reunion is a perfect backdrop for a comedic mystery and the characters are both over-the-top yet very relatable. The choice to center each episode on a particular character’s point of view of the evening’s events was brilliant, as it allows each character to come alive in a different way, and lets the actors play different versions of their characters.

The ensemble cast is excellent, led by Tiffany Haddish as the outsider investigating the murder, Detective Danner. Haddish brings her own brand of humor to the series, while never overshadowing the plot or the other actors. She is especially excellent in the penultimate episode, where her character’s backstory is finally revealed.

Sam Richardson is really the anchor of the series, as Aniq is the main character that we are rooting for to not only clear his name but win back Zoe’s heart as well. Richardson plays the role a bit nerdish, which is where the real comedy comes in. Equally great is Ben Schwartz as Aniq’s friend Yasper, who gets to perform a full-on musical during his character specific episode.

Tiffany Haddish in 'The Afterparty' on Apple TV+

Dave Franco is also hilarious as pop star Xavier, who ends up being the murder victim. The actor plays his character like an arrogant, insecure jerk, who you sympathize with once his backstory is revealed. Franco does some of his best work channeling a Justin Bieber/Machine Gun Kelly type character. Another funny character is Jamie Demetriou’s Walt, who is the guy from high school that no one remembers, which leads to some hilarious moments.

Comedian Ike Barinholtz was perfectly cast as Brett, the high school bully who rivals Aniq for Zoe's affection. The actor plays the role of a real jerk, but also shows us a bit of his character's vulnerable side throughout the first season. Ilana Glazer, best known for her Comedy Central series ‘Broad City,’ has some great moments playing the pivotal role of Chelsea, a character that has more going on under the surface than it first appears.

However, if there is a weak link in the cast, unfortunately its Zoe Chao, who plays Zoe. Her character never really rises to the level that you understand why Aniq, and Brett for that matter, care for her so much. Her character’s point-of-view episode helps to explain her different personalities with some really entertaining animation, but it doesn’t come until the sixth episode, which is a little late in the season to finally make the character interesting.

One of the great aspects of ‘The Afterparty,’ which is baked into the Rashomon concept, is that nothing is as it seems. So, truly any character, even Aniq or Detective Danner, could be the murderer! My money is on Yasper, who just seems a little too nice, and a little too eager to help Aniq clear his name. But I also think it’s possible that Xavier is not dead, which could be the season’s big twist.

Dave Franco in 'The Afterparty' on Apple TV+

Full disclosure, critics were only given the first seven episodes to screen, so your guess is as good as mine as to who the true killer is.

In the end, ‘The Afterparty’ is a true joy to watch, and a murder-mystery-comedy on level with classics from the genre like ‘Clue.’ Lord and Miller have assembled a marvelous cast, which is truly a pleasure to watch. The characters are both ridiculous and relatable, and the show’s unique concept makes it a series that you won’t want to miss.

‘The Afterparty’ receives 4 out of 5 stars.