The meta movie finds the Randall character deciding to make a film about him and his friends.

Though he’s forged new horizons (‘Red State’, a ‘He-Man’ TV series among others), writer/director Kevin Smith has never been afraid to look back. He doesn’t so much wallow in nostalgia as dive in fully, crafting what he used to refer to as the View Askewniverse to chart the misadventures of characters in New Jersey.

For his latest, ‘Clerks III’, he’s gone full meta, merging his more recent life-threatening experience via a heart attack with the start of his career, committing the eccentricities of convenience store work to celluloid for the original 1994 ‘Clerks’.

We’re back at the Quick Stop, which, while some of the products and adjoining stores might have changed, is still the same grudge work occasionally patronized by locals and local weirdoes (including Smith and Jason Mewes as drug dealers Jay and Silent Bob).

Our focus once again is on Dante (Brian O’Halloran) and Randal (Jeff Anderson), who are back slinging smokes, coffee and gum at the store. After a heart incident of his own, Randall decides he’s going to stop being a wastrel and make a movie about his experiences.

This first trailer for ‘Clerks III’ itself is packed with references to the other two ‘Clerks’ movies and Smith’s wider career (hello, Ben Affleck!) The likes of Rosario Dawson, Trevor Fehrman, Marilyn Ghigliotti return from the previous movies, while we can also expect cameos from Justin Long, Fred Armisen and more. 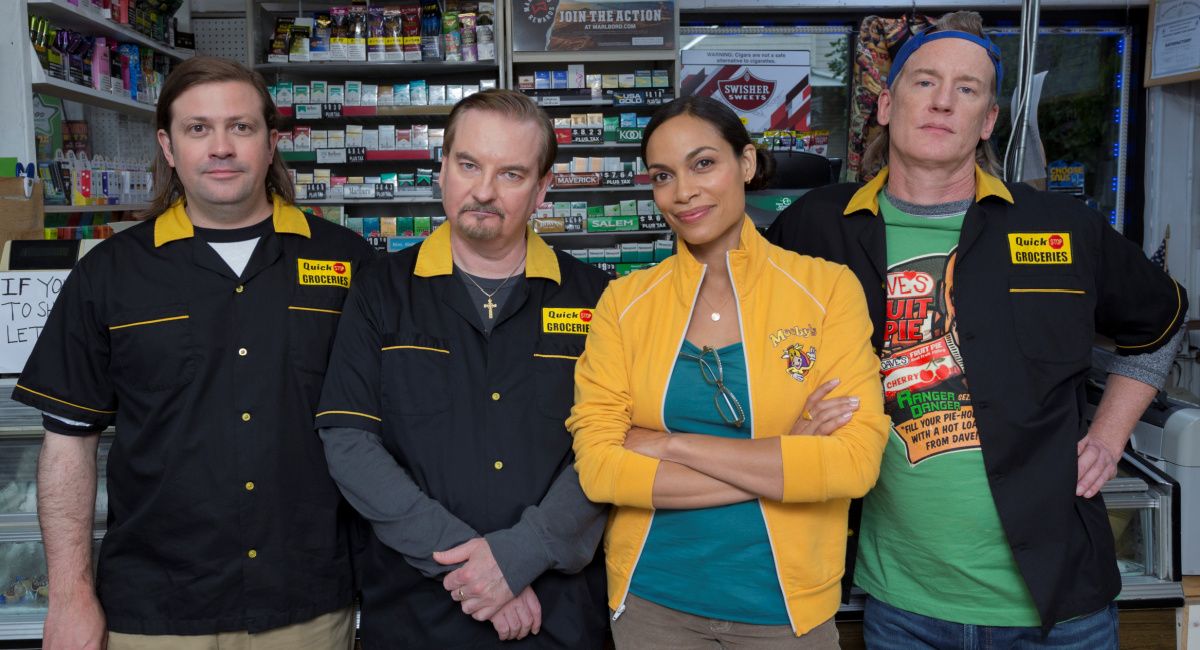 And Smith, in his usual self-deprecating style, is unafraid to poke fun at the whole endeavor, going so far as to reference the darker deleted ending where Dante is shot during a robbery. “I’m

not letting you kill me off in the third act! What if there’s a sequel?” bleats Dante. “What am I, a hack?” replies Randal. Cue Smith – as Silent Bob – pointing at him.

Jay and Bob, meanwhile, are referred to as the C3PO and R2D2 of the ‘Clerks’ world – “they’ve been here since the first movie, which was the last time they were cool, but they’ve been with the franchise so long they still give them cameos and put them on lunchboxes.”

There are lots of other callbacks to the original movie, such as hockey played on the roof and some of the customers. Oh, and one of the most famous, quoted snippets of ‘Clerks’ dialogue, Randal musing on how many innocent independent contractors died when the unfinished Death Star was destroyed in ‘Return of the Jedi’. Though this time updated with a worry that Disney might sue if they use it.

Fans of Smith’s oeuvre will no doubt be happy to see the various references and it’s honestly fun to be hanging out with this people again.

As has become common with Smith’s big-screen work, the release is not your standard opening, tied instead to Fathom Events for two nights of screenings across the country on September 13th and 15th. You can get tickets here.