Moviefone counts down the top ten movies about fathers to watch on Father's Day! 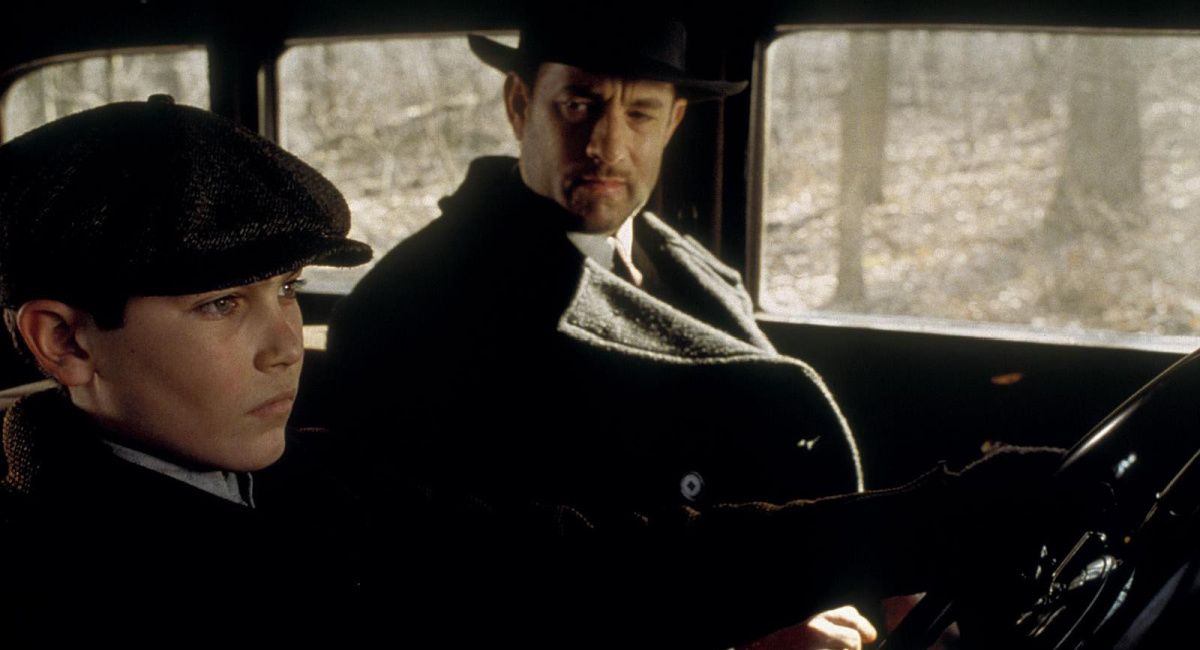 It's Father's Day, and what better way for dads to celebrate than watch a movie with their kids.

Moviefone has assembled a list of the ten best movies about fathers for dads to watch on Father's Day.

The adventures of a group of explorers led by Joseph Cooper (Matthew McConaughey) who make use of a newly discovered wormhole to surpass the limitations on human space travel and conquer the vast distances involved in an interstellar voyage, which eventually allows Cooper to communicate with his adult daughter (Jessica Chastain).

When a rare phenomenon gives police officer John Sullivan (Jim Caviezel) the chance to speak to his father (Dennis Quaid), 30 years in the past, he takes the opportunity to prevent his dad's tragic death. After his actions inadvertently give rise to a series of brutal murders he and his father must find a way to fix the consequences of altering time.

Keller Dover (Hugh Jackman) faces a parent's worst nightmare when his 6-year-old daughter, Anna (Erin Gerasimovich), and her friend go missing. The only lead is an old motorhome that had been parked on their street. The head of the investigation, Detective Loki (Jake Gyllenhaal), arrests the driver (Paul Dano), but a lack of evidence forces Loki to release his only suspect. Dover, knowing that his daughter's life is at stake, decides that he has no choice but to take matters into his own hands.

George Banks (Steve Martin) is an ordinary, middle-class man whose 22 year-old daughter Annie (Kimberly Williams-Paisley) has decided to marry a man (George Newbern) from an upper-class family, but George can't think of what life would be like without his daughter. His wife (Diane Keaton) tries to make him happy for Annie, but when the wedding takes place at their home and a foreign wedding planner (Martin Short) takes over the ceremony, he becomes slightly insane.

Father of the Bride

Set in the Bronx during the tumultuous 1960s, an adolescent boy (Lillo Brancato, Jr.) is torn between his honest, working-class father (Robert De Niro) and a violent yet charismatic crime boss (Chazz Palminteri). Complicating matters is the youngster's growing attraction - forbidden in his neighborhood - for a beautiful black girl (Taral Hicks).

Jack (Michael Keaton) and Caroline (Teri Garr) are a couple making a decent living When Jack suddenly loses his job. They agree that he should stay at home and look after the house while Caroline works. It's just that he's never done it before, and really doesn't have a clue...

An aging, booze-addled father (Bruce Dern) takes a trip from Montana to Nebraska with his estranged son (Will Forte) in order to claim what he believes to be a million-dollar sweepstakes prize.

Three bachelors (Tom Selleck, Steve Guttenberg, and Ted Danson) find themselves forced to take care of a baby left by one of the guy's girlfriends (Nancy Travis).

Mike Sullivan (Tom Hanks) works as a hit man for crime boss John Rooney (Paul Newman). Sullivan views Rooney as a father figure, however after his son (Tyler Hoechlin) is witness to a killing, Mike Sullivan finds himself on the run in attempt to save the life of his son and at the same time looking for revenge on those who wronged him. The film also stars Daniel Craig, Jude Law, Jennifer Jason Leigh, Ciarán Hinds, and Stanley Tucci.